Lily Allen's record label ITNO, meaning In The Name Of, has folded after struggling to sign on enough new talent. 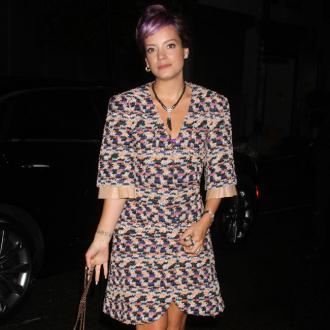 The 'Sheezus' hitmaker set up label ITNO, which stands for In The Name Of, in partnership with Sony in 2011, but has struggled to sign on enough new talent to keep the company afloat.

A source told The Sun newspaper: ''Lily had bright hopes but it simply hasn't worked out.

''She hoped by now to have an array of top talent on her roster but it's quite the opposite.

''Three years is enough time to gauge success. It's just run its course.''

Sony are believed to have invested a hefty sum in Lily, 29 and the label, with her annual salary being recorded as £100,000 while she enjoyed a three year hiatus from recording in 2009.

However, the brunette beauty is keen to continue finding new talent and is reportedly set to announce her new role at an alternative label in the near future.

Her spokesman said: ''Lily will shortly be announcing a new signing/consulting role for another label.''

Meanwhile, Lily - whose most recognisable signing success at ITNO is 'Another Love' singer Tom Odell - is ''very happy'' the BRIT Award winner has now been taken on by Columbia, a branch of Sony records.

Her spokesperson added: ''In the meantime she is very happy that Tom Odell's records will be released on Columbia, who were the distributors for ITNO.''