Lily Allen's brother can't wait to become an uncle and is already planning ''loads of cool stuff'' to do with his niece or nephew. 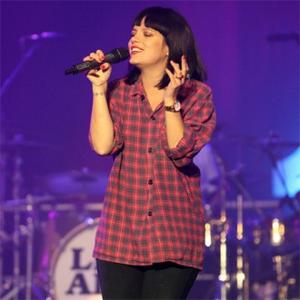 Lily Allen's baby will learn how to surf.

The 'Smile' singer is expecting her first child with boyfriend Sam Cooper and her brother Alfie is already thinking about what he can teach his niece or nephew.

The actor told the Daily Star newspaper: "I'm really excited about it. I'm going to teach my niece or nephew loads of cool stuff like how to cook and kite surf."

Although Alfie is excited for Lily he insists he is in no rush to become a parent himself.

The 23-year-old star - who split from actress Jaime Winstone in April after three years together - said: "I don't want kids for at least five years."

Alfie is not the only person excited about Lily's pregnancy.

The pop beauty has been inundated with messages from well-wishers delighted for her, including rapper Professor Green and supermodel Kate Moss.

A source revealed: "Her friends and family are over the moon. They've known it's what she wants for ages, When Kate Moss, one of Lily's good friends, found out she squealed with delight and Lily's had dozens of bunches of flowers from fans."