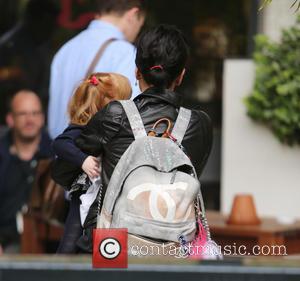 Stars including Lily Allen, Chris Martin and Alesha Dixon have loaned their voices to a new musical campaign raising awareness of dementia in the U.K.

Officials at Britain's Alzheimer's Society have launched a new drive called 'Dementia friends', urging Brits to sign up to free sessions which would provide them with the skills to deal with sufferers of the memory-stealing disease.

In a commercial to accompany the scheme, a dementia sufferer kicks off a rousing rendition of The Beatles' hit With A Little Help From My Friends. Allen and Martin appear in separate videos, providing back-up vocals.

The footage also includes a rousing chorus of singers, many of whom are celebrities, including the likes of Dixon, pop star Pixie Lott, actor Simon Pegg, Ray Winstone, and Sir Terry Pratchett, who was diagnosed with Alzheimer's in 2007.