Lily Collins is smitten with Australian actor Thomas Cocquerel after they were introduced by mutual friends. 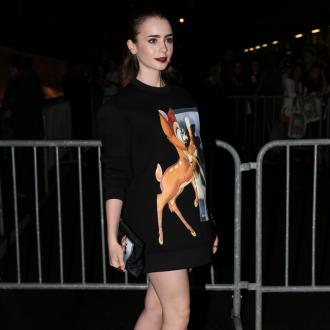 The 24-year-old actress, who split from her 'The Mortal Instruments: City of Bones' co-star Jamie Campbell Bower in August after a year of dating, is smitten with the Australian actor, 23, after they were introduced by mutual friends.

A source told UsMagazine.com: ''They just started seeing each other. A friend introduced them. It's new. He is an all around great guy. She's happy.''

Lily, who previously dated Taylor Lautner from November 2010 to September 2011, clearly isn't planning to hide her new romance as she posted a photograph with Thomas and their friend, Samuel Nolan, on WhoSay on Sunday (02.02.14).

Lily, whose father is Phil Collins, also dated 'That Awkward Moment' star Zac Efron for three months until June 2012 and sparked rumours of a reconciliation when they were spotted holding hands in Disneyland in October.

However sources insisted at the time that the duo were merely friends.

Thomas graduated from the famed National Institute of Dramatic Art in Sydney at the end of 2012 and is currently filming 'The Kidnapping of Freddy Heineken' alongside Anthony Hopkins and Sam Worthington in Belgium, Amsterdam and New Orleans, Louisiana.