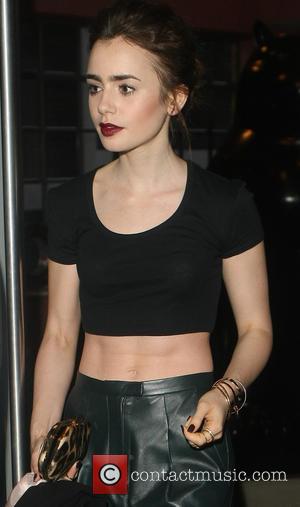 Actress Lily Collins has sparked rumours she is dating Australian actor Thomas Cocquerel after the two were seen out on a date in Los Angeles on Wednesday (05Feb14).

Collins, 24, posted a picture of herself along with Cocquerel and actor Samuel Nolan while they were watching the Super Bowl together at the weekend (01-02Feb14), and, on Wednesday, the pair were photographed exiting Craig's restaurant together.

A source tells Us Weekly magazine, "They just started seeing each other. A friend introduced them. It's new. He is an all around great guy. She's happy."

Collins, who is rocker Phil Collins' daughter, previously dated her The Mortal Instruments: City of Bones co-star Jamie Campbell Bower from 2012 to 2013. She was also linked to Zac Efron in 2012 and Taylor Lautner from 2010 to 2011.