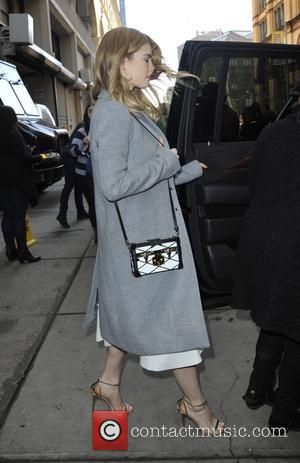 The Downton Abbey star plays the princess in a new live action adaptation of the Disney movie, and director Sir Kenneth Branagh has revealed costume designers went to great lengths to recreate the frock Cinderella wears to the ball with Prince Charming.

The British actor/moviemaker confirms James had seven dresses custom made for her and she needed to change for each scene.

Branagh tells Britain's Telegraph magazine, "There were seven different versions of the dress: a spectacular one for the entrance to the ball; one for dancing, another for outside, because that was going to get muddy, and so on."

Movie bosses recently came under fire after critics suggested James' waist had been digitally altered to appear smaller onscreen, but the actress hit back, insisting her slender frame was down to a corset and the shape of the ballgown.