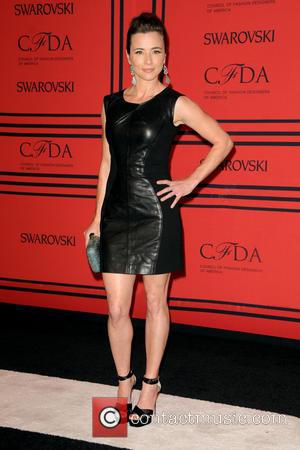 Actress Linda Cardellini is engaged to her longtime boyfriend.

The Mad Men star and her partner, Steven Rodriguez, are already parents to one-year-old daughter Lilah-Rose, and on Thursday (06Jun13) he popped the question over dinner with family and friends after taking in a performance of Tom Hanks' Broadway play Lucky Guy, which also features Cardellini's former Er co-star, Maura Tierney.

Announcing the news during an appearance on U.S. chat show The View on Friday (07Jun13), the bride-to-be said, "I was surprised that it was happening at that moment because we were actually with some of the people that I love most: my sister, my cousins, and one of my best friends, Maura...

"We were watching Lucky Guy, the play... and we're all sitting there, having dinner... and he started getting choked up and he got down on his knee, it was very beautiful. It was nice to share it with people."

Blushing as she showed off her diamond ring for the cameras, she joked, "I'm not ready for this, my manicure is terrible!"