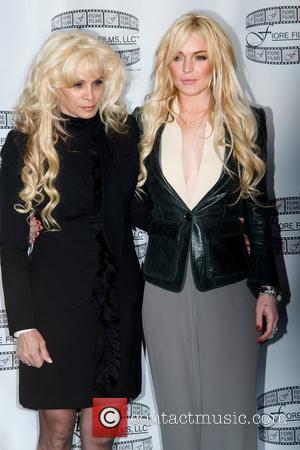 Actress Lindsay Lohan is getting serious about making a movie comeback, insisting she's keen to challenge Blake Lively for roles in two new movies.
Lohan, who is currently in talks to portray Victoria Gotti in the upcoming mob film Gotti: Three Generations, reveals she's particularly interested in going head to head with Lively to play a good witch in Oz: The Great & Powerful, opposite pal James Franco, and in Oliver Stone's latest film Savages.
She tells the New York Post, "I think the only role I could play is Glinda (The Good Witch)... I'll only do the movie if I can work with (James Franco). We're, like, best friends."
Franco has been cast as the leading man in the film, while Mila Kunis is also reportedly onboard the project.
The Mean Girls actress also expressed interest in Oliver Stone's stoner drama Savages, stating, "That's the role I really want."
Lohan is keen to make her mark as an actress again following a string of film flops and two years of legal woes and personal crises, which culminated in prison and rehab stints in 2010.