The 28 year-old actress may relocate to London on a permanent basis because she wants to redefine herself as an actress and not just a celebrity. 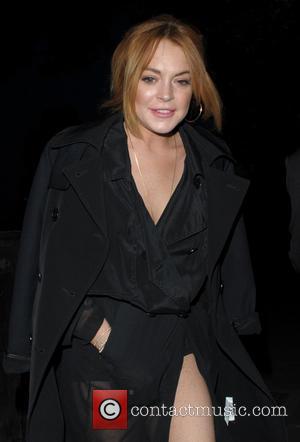 Lindsay Lohan is in love with London!

In fact, the 28 year-old actress is even considering to move to the capital city on a permanent basis.

Lohan, who moved from New York to California in her teen years, is wanting to become a resident of the U.K. because she is more than "someone you take photos of."

The revelation came when the troubled star spoke with the BBC before making her West End debut in David Mamet's 'Speed-the-Plow' later this year.

"I think I am making the move to come over here," she said about contemplating a permanent move to London. "I've noticed when I'm watching the news here and such, you guys have such a different outlook."

One other positive aspect about living across the pond is that she can finally concentrate on her craft as an actress, and not be exploited by the paparazzi for her celebrity status.

"In the U.S., starting at 5 p.m., its TMZ and all of these shows that are just talking about people's personal lives that are in the industry," she explained. "Here, I don't notice any of that. It's more news and politics and music, it feels really good to be able to turn on the TV and not see everything be about gossip."

In recent years Lohan's stints in rehab, battles with addiction and run-ins with the law have been heavily covered in the media in the U.S., but the 'Mean Girls' actress doesn't regret anything.

Lindsay admits that her wild antic has made people look at her as more of a celebrity than an actress, but she hopes starring in a West End production will hopefully redefine her career.

"What better than to do it with the great people that I'm working with onstage in London," she said, "so that people can focus on the fact that I'm in this industry because I'm an actress and an artist, and not just someone you take photos of."