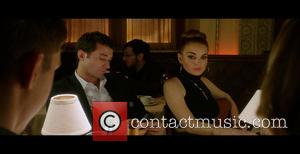 Lindsay Lohan's controversial new film The Canyons will finally see the light of day when director Paul Schrader premieres it at The Film Society of Lincoln Center in New York at the end of the month (29Jul13).

But before the festival begins on 28 August (13), film fans will get the chance to see the movie as part of An Evening with Paul Schrader on 29 July (13), which will include the world premiere of the drama and a conversation between the director and New York Film Festival executive Kent Jones.

Lohan will not be able to attend the big premiere - the actress will complete her 90-day court-ordered rehab programme in early August (13). It is not known whether or not she'll promote the film at the Venice Film Festival.