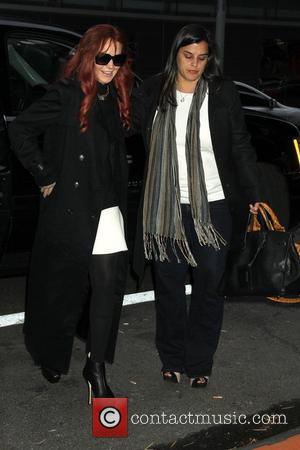 Lindsay Lohan recently admitted that she had to practically harass her way on to the new Elizabeth Taylor biopic, Liz & Dick, and given the first round up of reviews the producers of the film may have been better off it they held out a little longer as the made for TV film, and Lohan's performance in particular, has been universally blasted by critics.

After some time away from the screen, Lohan was eager to get back involved in being in front of the camera and threw herself into the role, being found out cold in her hotel room this summer after collapsing of exhaustion due to the rigorous filming schedule. This was just one of the many stories that emerged during filming of the biopic concerning her erratic behaviour, including reports that she trashed a trailer among other stories. So whilst she has provided more than enough free publicity for the TV film, that doesn't mean that she provided a class performance, and if the round-up of reviews are anything to go by then she has done anything but that.

The Hollywood Reporter critic Tim Goodman said that Lohan's performance was a "bad idea in the dramatic sense," but insisted that people should still watch the film nonetheless, due to unintentional comedic qualities. David Hinckley of the New York Daily News was equally unflattering, insisting that "the movie's big problem is that Lohan is no Liz Taylor."