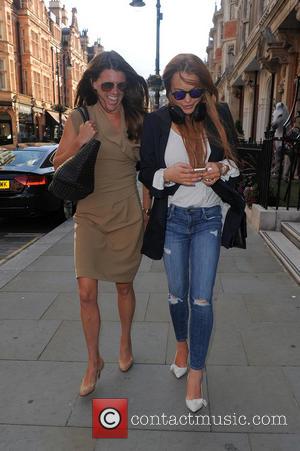 Lindsay Lohan narrowly escaped getting caught up in the spat between Orlando Bloom and Justin Bieber as she was just yards away when the actor allegedly aimed a punch at the pop star.

The actress was dining at the same restaurant on the Spanish island of Ibiza where Bloom and Bieber were caught on camera shoving each other in a heated dispute last month (Jul14).

The tape appears to show Bloom lashing out at the troubled singer, and it has now emerged Lohan was nearby when the fight kicked off.

The Mean Girls star admits she did not see Bloom aim a punch at Bieber, and she is glad not to have been caught up in the trouble.

She tells Britain's The Sun newspaper, "I was there but I didn't see it. It was all behind me and I didn't turn around. I wouldn't turn around and I couldn't be happier that I missed it. I was like 'Oh thank God I'm not involved!'"