Lindsay Lohan is going to address her drug use, numerous arrests and turmoil personal life in a new tell-all book. 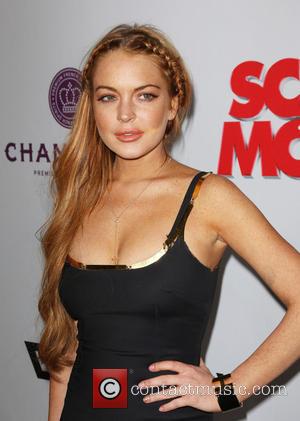 Lindsay Lohan is to reveal all about her turmoil personal life.

The 27 year-old is set to pen down her most intimate secrets in a tell-all book.

Lohan will finally address her troubled 20's, including her drug abuse and arrest, as well as her acting career and family life, according to TMZ.

The 'Mean Girls' actress will use the aid of journal entries, which she used as a therapeutic exercise in rehab, as a guide for the book.

At the moment the book is in its early stages and although it doesn't have a clear focus, the 'Parent Trap' actress is ready to open up every part of her life.

Reportedly, offers around the six-figure mark are pouring in for her book deal.

The news comes after Lindsay was accused of ordering a brutal attack on Paris Hilton's little brother, Barron, at a Miami party on December 6th.

The 24 year-old heir suffered a brutal beat down which resulted in him going to hospital to seek medical treatment and he claims Lohan told her friend to perform the attack after he was caught bad mouthing the actress.

The attacker has since been identified as Ray Lemoine, a New Yorker whom met Lohan through a mutual friend, and he has since told police that she had nothing to do with him beating Barron up.

Maybe in her new book the truth will be revealed? Like many other of Lohan's antics. Lohan will release a tell-all book