More high-profile names were released by InTouch Weekly of the 27 year-old actress's ex-lovers. 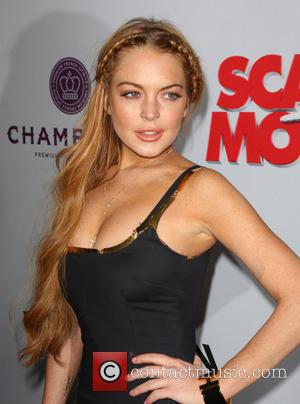 The 27 year-old actress seems to have a very busy love life after it was reported she penned a list of her famous past conquests, last week in an issue of InTouch Weekly.

And now the magazine has released several more names, with some currently being in serious relationships.

When the first photo of the list emerged, these names were originally blurred out, but now the magazine is revealing all.

According to the mag, a source handed over the piece of paper, which was written when Lindsay and a few of her friends were at the Beverly Hills Hotel on January 30th. "They were giggling and talking s--- about people in the industry," the source said.

"It was her personal conquest list," the insider continued. "She was trying to impress her friends with the list and then tossed it aside."

There seemed to be so many ex-lovers, that the 'Mean Girl' actress seemed to have a hard time remembering them all.

Lohan paused "as if she had to remind herself of who they were," the source added.

"The list has some pretty big names on it, and they're not all single guys," an industry insider told the mag. "This getting out now could rock several Hollywood relationships to the core."

Celebrities on the list have yet to confirm nor deny these accusations.