Lindsay Lohan has revealed that she's desperate to have her computer returned to her revealing it contained nude pics and 'correspondence'. 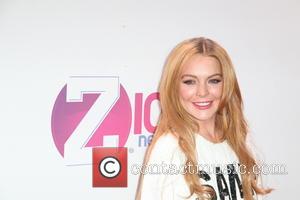 Lindsay Lohan is feeling a little unnerved after revealing that her stolen laptop contained several risqué picture files that she is determined not to be leaked.

The 'Mean Girls' star discovered her machine was missing as she arrived in Shanghai, China on Monday (January 6th 2014) to collect a Sohu Fashion Achievement Award. According to TMZ, however, the theft is worse with the fact that there is a collection of nude photos on the hard-drive from photoshoots that were not meant for publication.

Not only that, but there was some 'private correspondence' saved on there that Lohan was keen to keep confidential  too - with director Woody Allen and 'Applause' singer Lady Gaga being cited as examples of some of her secret pen friends.

When quizzed by TMZ about the supposed 'reward' she was offering for the return of her laptop full of trouble, she replied that she would do 'whatever it takes'. We're thinking there's no exaggeration from Ms Lohan there!

The above things mentioned could be the only things she's planning on keeping under wraps, however, as she is currently in the process of writing her memoirs which, according to The Mirror, she started writing as a diary in rehab last year. Li-Lo would rather not see her assets get uploaded online Lohan was in Shanghai earlier this week receiving an award