No, Lindsay Lohan Will Not Be in Celebrity Big Brother 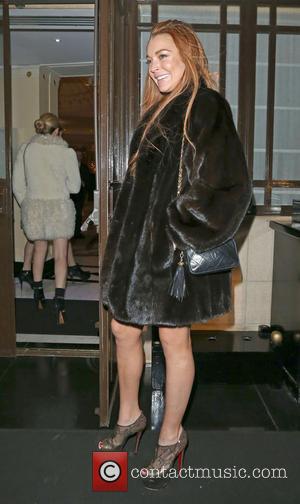 For anyone even beginning to speculate as to whether Lindsay Lohan will be appearing in Celebrity Big Brother, the answer is almost definitely 'No'.

Not only has the tearaway star denied all the rumours, unequivocally, more importantly, she needs to be in court pretty soon. After her probation was revoked three weeks ago, a court date was set for January 15th to decide whether or not she'll be heading to prison for her misdemeanours. Celebrity Big Brother starts on January 3rd and will run for a month which would stop her from being in court when she's meant to. So unless the show want to pay off all her debts for just a week's appearance (which is highly unlikely) then her London appearance is for a holiday, not for reality TV.

So, why is LiLo in the UK then? Well, mostly likely to continue to creepily pursue Max George from The Wanted- as she did while she followed him around the US like a lost puppy. Although, he's jetting off to New York for NYE today, as the Mirror reports, so she may have just missed her chance. Heading to London may also be to taste freedom for the last time as she could be in jail for up to 245 days. That is, if she even fills the full term... if she's even sent to prison. Celebs get away with all kinds these days.

Lohan has been trying desperately to regain some kind of good reputation after a tumultuous few years including theft, multiple DUIs and recently, lying to the police about crashing her Porsche into a truck. Her Elizabeth Taylor biopic 'Liz & Dick' was recently panned by critics and audiences alike.