Lindsay Lohan often showed up late and caused a lot of drama during filming for Paul Schrader's thriller 'The Canyons'. 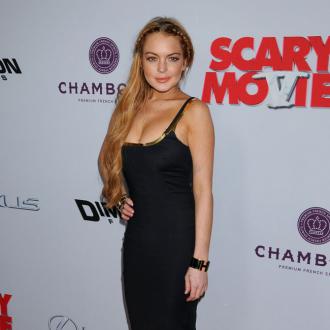 While the 27-year-old redhead was difficult to work with, Paul believes her charisma and on-screen presence is akin to late Hollywood icon Marilyn Monroe, who was overcome with personal issues and gained a reputation for being unreliable in the years before her death in 1962.

He said: ''I think Lohan has more natural talent than Monroe did, but like Monroe, her weakness is her inability to fake it.

''Monroe and Lohan exist in the space between actors and celebrities. People whose professional and personal performances are more or less indistinguishable ... We call them 'troubled,' 'tormented,' 'train wrecks', but we can't turn away. We can't stop watching. They get under our skin in a way that controlled performers can't.''

Former child star Lindsay - who is currently serving a 90-day court-ordered stint in a rehab facility in Malibu, California - is famed for her past issues with alcohol and drugs which have hampered her film career in recent years.

However, Paul was not fazed by Lindsay's unpredictable antics, telling the new issue of Film Comment magazine: ''All the drama, all the stress, that means little. A director can shoot around misbehaviour. He can't shoot around lack of charisma. ''