This Is Why You Can’t Have Nice Things: Why Did Lindsay Lohan Wreck Her Borrowed Dress?

Lindsay Lohan reportedly returned a borrowed dress, slashed in half, claiming she damaged it in a nightclub and asked a bouncer to cut it. 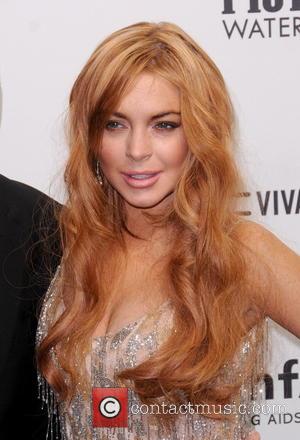 What EXACTLY happened to that glittering ball-gown that Lindsay Lohan borrowed to wear to an amFAR event earlier this month? According to US Weekly, it was cut in half by the time she returned it and sources say that she claims it had to be cut in half after it ripped during her evening out and says that she asked a bouncer to help her to cut the dress. In the pictures, it has been cut so that the formerly full-length dress is now longer at the back than it is at the front.

The source told Us Weekly “She said that the dress had ripped [at a club after the fundraiser] - she couldn't possibly wear it like that - so her stylist friend went to the club bouncer and requested some scissors to repair the torn part of the dress” and added “But what bouncer has scissors?” It certainly seems strange that Lohan would think that the best alternative to returning a damaged, borrowed dress would be a halved, borrowed dress. Reportedly, her pal Charlie Sheen helped her source the posh frock, hooking her up with celebrity stylist Philip Bloch. That’s the same Charlie Sheen who apparently loaned her a heap of money to help pay off her taxes. We bet he’s decided not to offer to help LiLo anymore, after all the hoo-ha it’s brought with it.

Lohan’s money worries stretch beyond not having a posh frock to wear. The Liz & Dick actress has been forced to move back in with her mom Dina after struggling to pay the rent on her previous home. The dress that fell victim to Lohan's night out...