Lionel Richie led a group of Oxford University students in a sing along on Tuesday night (13.11.12) when he addressed the educational establishment's Union. 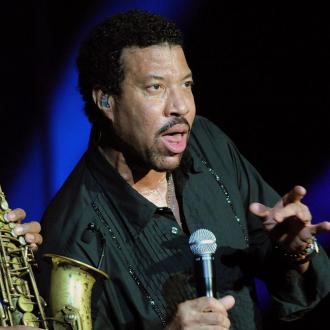 Lionel Richie led a group of Oxford University students in a sing along on Tuesday night (13.11.12).

The 63-year-old singer became the latest star to address the prestigious Oxford Union and after being asked to sing during a Q&A session after his speech, he performed 'Easy', with the audience joining in.

Lionel remarked afterwards: ''Let's see how fast that gets to You Tube!''

The former Commodores singer opened his speech by referring to his late friend Michael Jackson, who addressed the Union in 2001.

He said: ''Michael Jackson said I would be impressed here - I am impressed!''

And as well as showcasing his singing, Lionel was happy to show off his dance moves after being asked to teach one of the audience 'Gangnam Style'.

He instead brought them up to the stage to teach them 'Lionel Style'.

Discussing Psy, the singer behind the track, Lionel said: ''Psy was the joke of his community; he is no longer a joke! He is sitting on top of the world!''

The 'Hello' star also talked about his favourite songs and admitted he is still bemused by the fact Sir Paul McCartney originally named 'Yesterday' by the title 'Scrambled Eggs'.

He said: ''My favourite song is 'Yesterday', every time I see Paul McCartney I say to him, 'Scrambled Eggs! Really...' ''

And the singer discussed how much he loves the uses of technology in music.

He said: ''There are two types of artist - creative and created. Technology has given us the greatest created artists ever!''