Lionel Richie has been giving Dizzee Rascal career advice on how to break America. 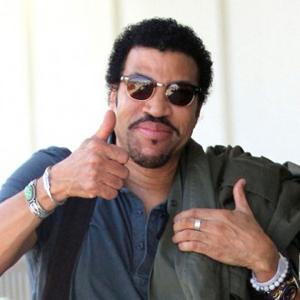 The British rapper was at the recent 30th birthday party of the singing legend's daughter, Nicole Richie, in Beverly Hills, Los Angeles, where her father gave him tips on how to break America.

A source told The Sun newspaper: "Dizzee and Lionel were in conversation for much of the night. He was giving Dizzee guidance on how to tackle the American market.

"When Dizzee's song 'Holiday' came on, Lionel cut the conversation, hit the dancefloor and went for it."

However, despite his aspirations, Dizzee recently said he isn't in a hurry to become a huge star in the US - like his friend and sometime collaborator Calvin Harris - because he likes being able to relax without being recognised there.

The 'Dance Wiv Me' hitmaker said: "I'm just back from America, I was just chilling and it was great. I can always go there, I can do pretty much whatever I want so, [breaking it] aint really an urgent thing for me.

"I've already cracked my hometown the UK, Australia, so I'm quite happy with the way things are right now and we'll see what happens."