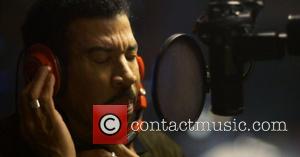 Lionel Richie is convinced nobody will remember songs by Miley Cyrus and Justin Bieber in years to come.

The Hello hitmaker is adamant pop stars who favour popularity and notoriety over quality of music will not stand the test of time, unlike tracks by Michael Jackson and Madonna.

He tells the London Evening Standard, "The beautiful part of where we were - we had shock value. But what came with shock value was hit after hit after hit. Madonna was outrageous - but she had a catalogue of music that was unbelievable.

"At the end of all the theatrics with Michael (Jackson), he had nothing but the most fabulous catalogue. Now, we've got a lot of theatrics... but where's the song that is going to stick around forever?... Twenty years from now, let's take anybody - where's the body of work? I'm going to judge you not by your popularity but by your longevity, your staying records. I'm thinking about Miley, Justin Bieber.

"We've made amateur music mainstream. There's a difference between a stylist and a singer. Everybody can sing! Go to karaoke, there are some guys seriously singing their a**es off! But do they have a unique voice, or distinct voice?"