Lionel Richie is not worried about his 16-year-old daughter Sofia Richie having a career in the fashion industry because she's ''smart'' and she's tough like a ''mountain goat''. 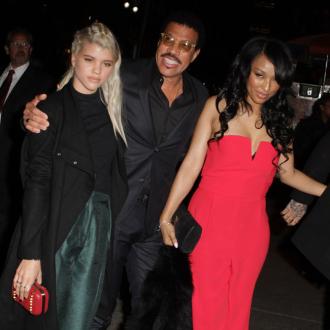 Lionel Richie isn't worried about his daughter Sofia Richie having a career in the fashion industry because she's a ''smart mountain goat''.

Sofia, 16, is signed to Select Model Management and is making waves in the business for herself and will next be seen on the cover of Asos magazine next month.

However, legendary singer Lionel has no concerns about what impact fame or success could have on his teenage daughter because she has watched both him and her sister Nicole Richie live through it.

The 65-year-old musician said: ''For a 16 year old, she is really smart because she has sat there and watched all of us go through it. And very seldom do mountain goats fall off the mountain. In other words she was raised in Hollywood, California - this is the mountain and she is a true mountain goat. There isn't too much she hasn't heard or seen already.''

Lionel is predicting big things for Sofia, and insists the world needs to brace itself for ''the next Richie''.

He told HELLO! magazine: ''The apple doesn't fall too far from the tree. When you live in a house with Lionel Richie and Nicole Richie, that's what happens.''

Lionel had Sofia and a son, Miles, 21, with his second wife Diane Alexander. He adopted Nicole with his first spouse Brenda Harvey.

The 'All Night Long' hitmaker also has two grandchildren, Harlow, seven, and Sparrow, five, they are the kids of Nicole and her husband, Good Charlotte singer Joel Madden.