Lionel Richie: 'Something Was Seriously Wrong With Michael Jackson'

Veteran Singer Lionel Richie Feared There Was Something "Seriously Wrong" With His Pal Michael Jackson But Still Blames The Bright Lights Of Fame For Masking His "Weirdness". 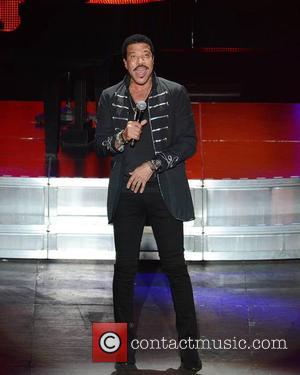 The Hello hitmaker was close friends with the King of Pop and was often worried about the notoriously eccentric star's mental health.

Richie admits he often wanted to take the Thriller singer aside and talk sense into him, but insists the distortion of life in Hollywood made it impossible to confront Jackson.

He tells British magazine Event, "Every time I saw him (I wanted to help). There was something seriously wrong with Michael. But you have to understand that this is Hollywood so you can't use the word 'weird'. In Des Moines, Illinois, you'd get locked up; in Hollywood it's just another day. So if you want to employ staff to look after your chimpanzee and your giraffes, then that's perfectly normal."

Richie is also convinced Jackson would never have been able to complete the ambitious run of 50 comeback concerts in London that he was preparing for when he passed away, adding, "I last saw Michael about a week before he died. He was really thin, really not healthy, really not capable of making that tour. The heartbreaking irony of Michael Jackson is that we used to always say, 'We'll never get involved with drugs'. And he died of just that."

Jackson died from an accidental overdose of prescription medication in 2009.