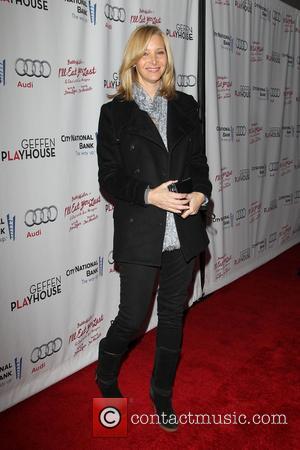 Actress Lisa Kudrow is demanding a new trial after the foreman of the jury which oversaw her recent breach of contract spat with an ex-manager sent her a bizarre apology.

In the note, obtained by The Hollywood Reporter, he suggests the jury members made a mistake.

He wrote, "Having now had some time to fully interpret the discussion within the jury room, I have come to realize that the majority of the jurors believed the Plaintiff's council, who in his opening statement portrayed Lisa Kudrow as 'the smartest person in the room' and then over the course of the trial proceeded to demean and 'play up' her Phoebe Buffay (Friends) role throughout.

"I personally hold her in the highest regard for her bravery, honesty and determination in facing public scrutiny and media attention for what is and should have remained a private matter, in order to fight for what she, and now I, believe was right."

He added, "Please pass on my personal apology for the verdict to Lisa Kudrow and let her know that I firmly believe the majority decision was not correct."

Kudrow, who has switched lawyers since the trial, is hoping that de Bode's letter will help to win her a new trial when she and Howard meet in court again on 10 June (14).

His lawyer Mark Baute tells The Hollywood Reporter, "His letter and his declaration show clearly that he was so biased and in love with Ms. Kudrow that he was actually misquoting the record to the other jurors."

And Kudrow's former manager has three other jury members on his side - they have offered their own sworn statements rebutting the guilt-ridden jury foreman.