Lisa Kudrow isn't upset that she is working on Valentine's Day, but admits she is ''really nervous'' about hosting the Writer Guild Awards. 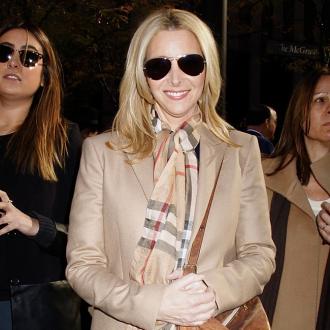 The 'Web Therapy' star, who has been married to husband Michael Stern for 20 years, thinks it's funny that she is hosting the 2015 Writer Guild Awards (WGAs) at the Hyatt Regency Century Plaza in Los Angeles on the romantic holiday.

The 51-year-old actress said: ''I most love that they decided to have their ceremony on Valentine's Day. Those conversations must have been funny: 'When should we have our awards this year?' 'Valentine's Day is perfect!' The WGAs are all about love, you know.''

The former 'Friends' star has penned numerous episodes of her Showtime series, but is ''really nervous'' about emceeing the glamorous event, as she doesn't want to upset any of Hollywood's top writers.

She said: ''That's the part that makes me really nervous! I mean, what can you do to please everyone? There's no winning, so I'm going to have fun.''

Asked how she landed the job, she said: ''The guild called and said, 'We're happy to tell you we had a vote, and it was unanimous: We would love to have you host.' I thought, 'OK, this could be really cool.' I truly admire writers.''

Lisa also admits she hasn't had time to watch all of the films and series that are nominated yet.

She told The Hollywood Reporter: ''I'm still working on it. There's too much great stuff this year. By the way, I'm so amazed by someone who can write a film. It's like, 'Wow, you sat down and wrote that by yourself?' ''