By Victoria Pavlova in Lifestyle / Showbiz on 29 December 2013

Lisa Niemi, who became a widow after Patrick Swayze’s 2009 death from pancreatic cancer, has found love again. People reports that Niemi (57) is engaged to 58-year-old jeweler Albert DePrisco. DePrisco reportedly popped the question to his actress/dancer ladylove on Christmas Eve, following a year and a half of dating. The couple reportedly met through a mutual friend at Niemi’s birthday party. A representative for Niemi confirmed the happy news to People. 57-year-old Niemi is an actress in her own right.

Lisa had been married to Swayze for 34 years before the actor died in 2009. In 2010, she told People that moving on would be difficult, but that she was open to re-marrying at some point in the future. Back then, the widow said: “I would love companionship love. Absolutely. I hope I'm not one of these women who never want to have another relationship. But who knows, that's another bridge I'll cross when I come to it. I may get there and go, I don't know. But I like to think that I can.”

Celebrity Bombshell! Did Kirstie Alley And Patrick Swayze Have An Affair?

By Hayley Avron in Lifestyle / Showbiz on 06 November 2012

What EXACTLY happened between Kirstie Alley and Patrick Swayze in 1985 then? Little did we know that the North & South co-stars had a secret affair all those years ago but Kirstie made the shocking revelation to Entertainment Tonight, in an interview that will air this evening (November 6, 2012). Both Kirstie and Patrick were married at the time that she claims they fell in love but she stops short of labelling their dalliance as an ‘affair.’

Alley claims that as they were both married, they tried to stop things from “going down that road” but she admits that they couldn’t help it, in the end. “Both of us were married,” she told Entertainment Tonight and added “but again, I think what I did was worse… Because I think when you fall in love with someone when you're married, you jeopardize your own marriage and their marriage. It's doubly bad.”

At the time of their attraction, Kirstie was married to her second husband, Parker Stevenson and Patrick was married to Lisa Niemi – with whom Alley is still good friends… for now, at least. The actress insists that she and Lisa are good pals but sys that she’s unsure if Lisa was already aware that she and Patrick had such strong feelings for each other, when she asked Alley to speak at Patrick’s funeral. 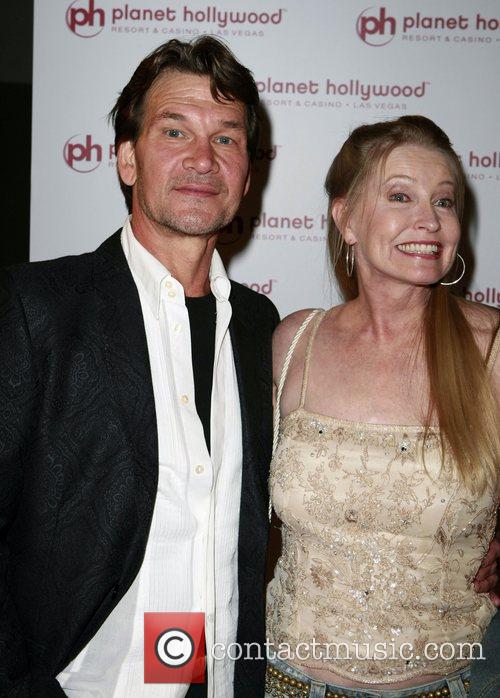