Little Mix, 5 Seconds of Summer, Nick Jonas and All Time Low are all set to perform at the annual ceremony in London. 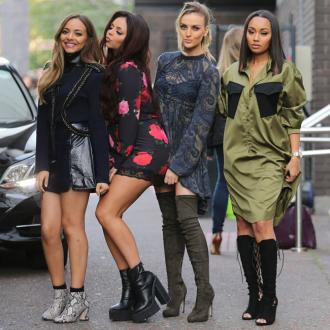 Little Mix and 5 Seconds of Summer will perform at Radio 1's Teen Awards.

The 'Black Magic' hitmakers have admitted they ''can't wait'' to play at the event on November 8 at Wembley Arena in London, where the four-piece pop rock band will also perform.

Little Mix said: ''We literally can't wait, it's been three years since we last performed at the Teen Awards.

''It was the first time we performed 'DNA' and we loved it but we were so nervous, we were terrified.''

Other acts confirmed for the annual event, which honors the UK's unsung teenage heroes, include Nick Jonas and All Time Low.

And Australian rockers 5SOS - who have also announced a UK and Ireland tour for April 2016 - said they are particularly excited about the event because it is for such a good cause.

They said: ''A big thanks to Radio 1 for inviting us to be a part of this year's Teen Awards.

''We really appreciate their support and we're proud to be involved in an event that celebrates inspirational teens. Gonna be a big night.''

The event will be hosted by Radio 1 Breakfast Show host Nick Grimshaw, with a selection of special co-hosts helping him out during the event, which will be broadcast live on Radio 1.