Zayn and Perrie may be over but the bond between Little Mix and One Direction has stayed strong.

Girl group Little Mix have been confirmed as the support act for One Direction’s show at this year’s Apple Music Festival in London. The group will open for the boys at their headlining show on September 22nd at The Roundhouse theatre in London. 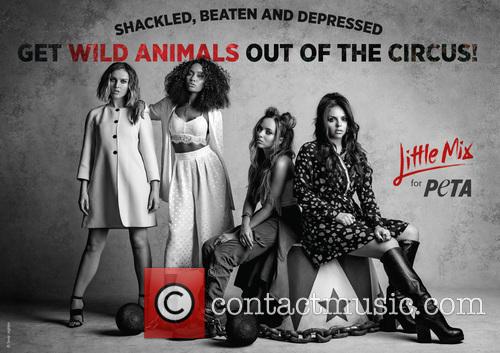 Little Mix will support One Direction at the Apple Music festival.

The gig will be the first time the two pop groups have appeared together since One Direction member Zayn Malik left the band. Zayn was also engaged to Little Mix member Perrie Edwards but the two ended their relationship just a few weeks ago.

One Direction will headline one of four gigs at the Roundhouse for this year’s Apple Music festival, with Florence + the Machine, Pharrell Williams and Disclosure also playing. The boyband seemed thrilled at the opportunity, with Niall Horan tweeting yesterday, “Can’t believe we get to headline Apple Music festival ! Gonna be great.”

Since Zayn and Perrie’s very public split earlier this month all eyes have been on the former One Directioner and the Little Mix singer as they move on with their lives post-breakup. But if we had to say that a clear winner has emerged post split it would be Perrie, who has spent the past few weeks slaying it overseas.

Perrie and Little Mix have been cementing their place Stateside this fortnight, performing at the Teen Choice Awards and appearing onstage with Taylor Swift. The girls were also guests on James Corden’s 'Late Late Show' earlier this week, where the chat show host asked Perrie how she was doing post-split.

“Are you OK? It's been a tough few weeks. are you alright?,” Corden asked. 'You know what? I'm good,” the singer responded. “We're having an absolute blast in America. Things are going so well and I just wake up every day and I thank my lucky stars I have these three girls. They've got me through this 100 per cent.”

Meanwhile all Zayn has done post break-up is retweet a message on Twitter which read, 'Which is the better single? Retweet – 'Worth It' by Fifth Harmony. Favorite – 'Black Magic' by Little Mix (sic).' As well as get involved in a Twitter spat with Calvin Harris in which he called the Scottish DJ a ‘dickhead’.