British Pop Stars Little Mix Have Laughed Off Suggestions They Were Disappointed When The Song They Gave To Britney Spears And Iggy Azalea Flopped. 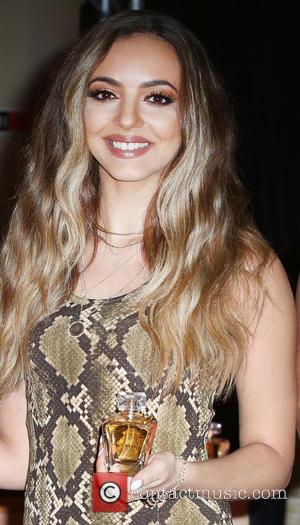 The Black Magic singers wrote Pretty Girls for their upcoming album Get Weird, but they ditched it and instead offered it to other artists.

It was snapped up by Britney and Iggy, who released it as a collaboration in May (15), but the song failed to set the charts alight and debuted on America's Billboard 100 at number 29.

Iggy later hit headlines when she appeared to suggest it was Britney's fault the song failed to make an impact on the chart, insisting the Toxic singer failed to properly promote the single.

"It's difficult to send a song up the charts without additional promo and TV performances etc. unfortunately I'm just featured" Iggy tweeted. "I would have enjoyed performing it a lot, I think it got off to a powerful start. but you need content to compete in 2015."

After her tweets sparked controversy, Iggy later spoke out to insist she is proud of the song and thinks a lot of Britney.

"I think Britney is great", she explained, "I really love the song, and actually never said anything negative, only that I think there was room to do more with it.

"I'm not attacking anyone. All I said was: I wish we had promoted more but that's out of my control. She's a good friend."

The stars of Little Mix have now spoken out about the drama, insisting they don't care about the song's chart performance as they are just happy to have had one of their tracks recorded by pop legend Britney.

"I don't give a c**p who thinks it was a flop," bandmember Jesy Nelson says. "Britney Spears sang our song. That's not a flop to me."

"It didn't go with the (our) album," Perrie Edwards continues. "I feel like Britney is the only person who can get away with that line 'All around the world pretty girls'. They absolutely smashed it. They owned it."

During the interview with the Sydney Daily Telegraph newspaper, the girls also opened up about writing tracks for Get Weird, which is due for release next month (Nov15).

"Pop is hard," Perrie admits. "We don't want to put out any old s**t. We want to put out quality tracks. A lot of stigma comes with girl bands, people think you just sing and prance around. No one really knows we actually write our own music."