Are Liv Tyler And Benedict Cumberbatch An Item? 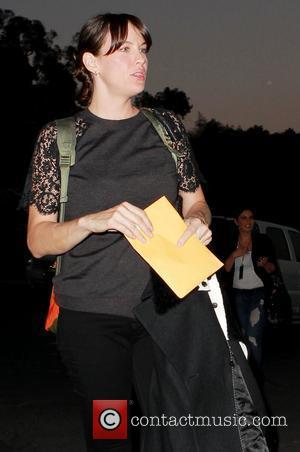 Liv Tyler has sparked rumours she's dating fellow actor and Brit Benedict Cumberbath after the pair were spotted enjoying a trip to the cinema together. A concrete chance to link Tyler to someone is something the press have been craving ever since the The Lord of the Rings beauty split from British rocker Royston Langdon, the father of her son Milo, in 2008 after five years of marriage.

Tyler has manage to keep her love life remarkably low key since, publicly at least staying largely single. However, it looks like her quiet solitude may be about to come to an end and the media are set to get themselves into a spin spotting her enjoying what may well have been a movie date with War Horse star Cumberbatch in Los Angeles on Tuesday night (September 25th).

There has already been reason to suspect that the pair might be together; the hook-up comes two nights after the pair attended the same post-Emmys party at the Sunset Towers hotel in West Hollywood on Sunday (September 23rd), where they were spotted chatting to the Cumberbatch's Star Trek Into Darkness co-star Zachary Quinto. However, there were no reports then of any public displays of affection.