'The Leftovers' star Liv Tyler - who has a nine-year-old son Milo from a previous marriage - has admitted she is ''100 per cent planning'' on having more children in the future. 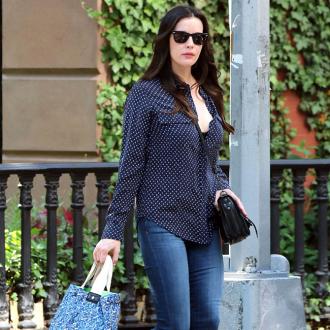 Liv Tyler is ''100 per cent planning'' on having more children.

'The Leftovers' actress - who is thought to be dating Dave Gardner - has a son Milo, nine, from her previous marriage to Royston Langdon and she would definitely be keen on becoming a mother many more times in the future.

She told the Sunday Telegraph newspaper's Seven magazine: ''I hope I will have more children. I'm 100 per cent planning on it.

However, the 37-year-old star is less certain about remarrying for the second time, and admitted as she's got older her ideas about the ''happily ever after'' notion in fairytales has changed over the years.

She admitted: ''That's something interesting that happens in your thirties. You're not in the stage anymore of princes and happily ever after.

''It's a different stage of acceptance and realisation about the realities of love and relationships. Forever is a long time.''

As she looks forward, Liv's focus is on Milo and being the best mother possible for him, even if it means turning down offers for big screen roles.

She said: ''Ever since Milo was born, I haven't really been making many movies because I just can't imagine being away from home for long periods of time.''