Liv Tyler loves having clothes custom-made as she finds it ''so special''. 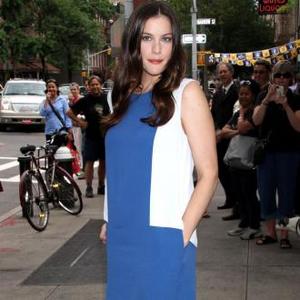 The 'Lord Of The Rings' actress finds it ''so special'' to have gowns produced just for her and her most treasured possessions are items made for her by late designer Alexander McQueen, whose real first name was Lee.

She said: ''The most precious items in my closet are a Pink bag and a black feathered cape, both of which Lee McQueen made for me.

''The greatest fashion luxury is having something made just for me. It doesn't happen often, but when it does, it's so special.

''Two such outfits are the Givenchy haute couture feathered dress that Riccardo Tisci made for me to wear to the Met Ball in New York last year and the red Alexander McQueen suit I wore to the first 'Lord of the rings' premiere in 2001.''

Though she loves clothes, Liv doesn't go shopping very often - but she can't stop herself fom splurging when she does.

She told ELLE magazine: ''I have erratic shopping habits. I shop once in a blue moon - maybe three times a year - but when I do, I go bananas and buy way too much.''