Liza Minnelli breaks back after accident with dogs

Liza Minnelli has broken her back after her dog jumped up and caused her to fall awkwardly. 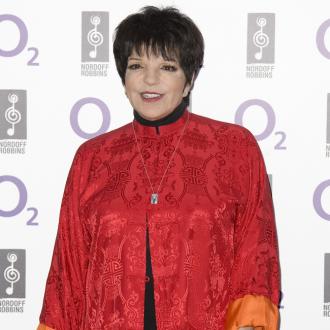 Liza Minnelli has broken her back after an accident with her dogs.

The Oscar winner was at home with her pets when one of the canines excitedly jumped at the star causing her to fall and incur the serious injury.

Liza landed awkwardly and has been in a lot of pain, with doctors confirming she has broken her lower back.

She told New York Post's Page Six: ''I was picking up my dogs - and they jumped. And I got twisted and fell. I thought it's nothing. But it wasn't nothing. It became something. The operation's next week.

''After an X-ray, seems I busted it and have to have it fused.''

The painful accident also forced Liza to miss the funeral of her friend, Joan Rivers, over the weekend.

The daughter of 'Wizard of Oz' icon Judy Garland said: ''I desperately wanted to [go] because I loved her - but I couldn't go because I can't walk. I'm in bed. Going in for surgery.''

Due to a previous back injury, doctors have told the 'Cabaret' actress it will be difficult to repair the break.

She added: ''I broke my lower back. Remember a few years ago I was in a wheelchair because I had trouble with my spine? They operated on it then. Well, now, again. They'll have to fuse it.''

Liza will undergo surgery next week to try to repair the damage.