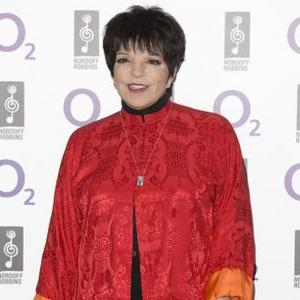 The 65-year-old entertainer has formed a strong Friendship with the baby's mother Beyonce Knowles since it was announced she would appear in the remake of 'A Star Is Born' - which originally stared Liza's mother Judy Garland - and wants to help out with her one-month-old daughter however she can.

''Liza has also grown attached to Blue Ivy and offered to look after the little girl any time. Beyonce politely told Liza she may take her up on the offer, although that's unlikely to happen because she's hired several nannies but hardly ever leaves her daughter's side.''

Liza has been showering Blue Ivy with gifts and Beyonce and her husband Jay-Z have been left astonished by her generosity.

The source added to National Enquirer magazine: ''Generous Liza bought Blue Ivy a decorative solid gold bottle and a bunch of other presents that blew her parents away.

''Liza always wanted to adopt, but sadly that never happened so she lives vicariously through other people's kids.''