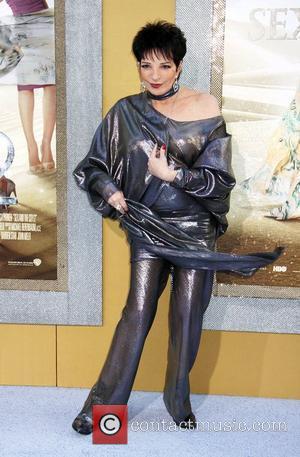 Liza Minnelli has cast doubt on reports she's set to appear in the upcoming Arrested Development movie - insisting producers have yet to contact her about reprising her role.
Minnelli thrilled fans as zany Lucille Austero in the U.S. TV series, appearing in a handful of episodes from 2003 to 2005.
According to credits listed on Internet Movie Database website IMDb.com, Minnelli is set to make a comeback when the movie version hits cinemas in 2012.
But the veteran entertainer insists she hasn't heard a word from producers about reprising her part.
She tells the New York Daily News, "I haven't heard anything. And neither have the people that I know. So I'm not sure. There've been rumours for quite a while. But nobody's called me yet."