Rufus Wainwright Has A Dig At Liza Minnelli Onstage In Texas 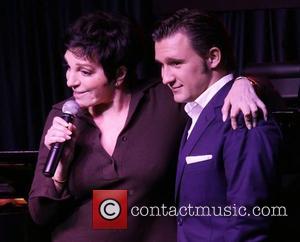 Gay singer/songwriter RUFUS WAINWRIGHT stirred up his war of words with Liza Minnelli at the weekend (13Oct12) when he dedicated his reworked version of her mother Judy Garland's The Man That Got Away to the entertainer at a show in Texas.

Wainwright was performing at the rain-soaked Austin City Limits festival when he renamed the song The B**ch That Got Away, joking that Minnelli was "a little touchy" about him singing the tune on his 2007 live album Rufus Does Judy at Carnegie Hall.

Earlier this summer (12), Minnelli made it clear she was not a fan of the reworking of her mother's landmark Judy at Carnegie Hall concert and album from 1961.

She told the Montreal Gazette in Canada she had not heard Wainwright's tribute album, and had no plans to, explaining simply, "I saw my mother!'"