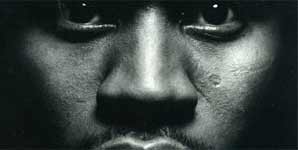 One of the long standing rappers, his debut single being released way back in 1985, is back to take his reign with another club banging hit, 'Control Myself' which you know from the second you hear it is produced by Jermaine Dupri meaning another smash hit for LL Cool J. The bass driven track is hard and furious but over powers JLO's, weak, I think they call it her, errm voice.