LL Cool J's Son Has Been Released From Custody Following His Arrest On Tuesday (29sep15). 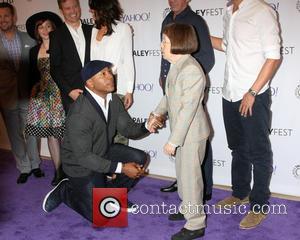 Najee Smith, 26, was detained by police officers in New York City in the early hours of the morning after allegedly causing a disturbance at a restaurant.

Reports suggests he had been celebrating his birthday at an eaterie in Manhattan's Meatpacking District when the party turned sour and he allegedly clashed with staff.

He was charged with criminal trespass and arraigned at a court in the Big Apple later on Tuesday.

Editors at the New York Daily News report he was eventually released from custody late in the day without posting bail.

NCIS: Los Angeles star LL Cool J has four children with his wife Simone Smith, and Najee is his only son.