Take a look at clips from the exciting new Percy Jackson movie, released in just a few days time.

Get ready for the new installation of the magic and adventure of Percy Jackson & The Olympians series, the brand new fantasy spectacle that's about to propel its way into cinemas across the world. Percy (Logan Lerman) is the son of Poseidon and uses his special abilities for quick thinking, unpredictable fighting style and water skills such as ability to breathe underwater to good use in the upcoming movie, Percy Jackson: Sea of Monsters.

The films are adapted from Rick Riordan's six original stories following the titular hero through a breakneck, mind-blowing narrative. Sea of Monsters, the second movie and successor to 2010's The Lightning Thief, focusses on Percy as what he thought was a safe haven - Camp Half-Blood - is suddenly overrun with unquestionably evil enemies who can only be defeated if the magical golden fleece can be located. Along with friends Annabeth (Alexandra Daddario) and Tyson (Douglas Smith), Percy embarks on a dangerous mission to dethrone some seriously vengeful types who are back to wreak havoc. Thing is, Percy has to befriend and enlist the help of the arrogant Clarisse La Rue (Leven Rambin) who is the daughter of the god of war.

Not everything goes to plan, however, and the valiant bunch are about to discover what sinister depths lie beneath the sinisterly-named 'sea of monsters.'

Thor Freudenthal is directing too - with Diary of a Wimpy Kid and Hotel for Dogs under his belt, it's a sure bet that Sea of Monsters will be as creative, engaging and touchingly fun as his previous work. The kids will be begging for a rainy day!

By the looks of the teaser clips we're featuring, Percy Jackson: The Sea of Monsters looks like the perfect family movie, so head to the cinemas this summer holiday. Expect release in the UK and USA on 7th August.

See More Clips From The Movie. 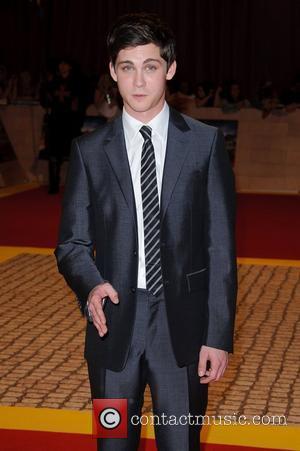