The rapper’s set was shut down after only five minutes.

Travis Scott’s Lollapalooza set lasted all of five minutes on Saturday after it was shut down when the rapper told fans to jump the barricades and join him on stage. The long-running three day festival is currently taking place in Chicago's Grant Park and finishes on Sunday (August 2nd). 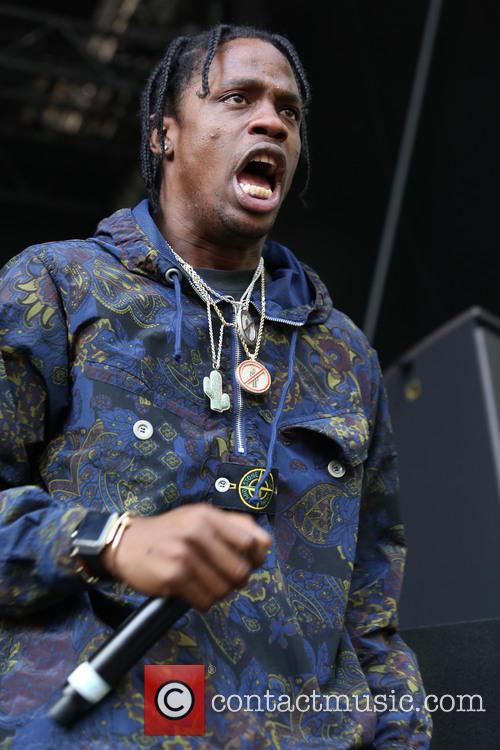 Travis Scott was arrested following his Lollapalooza appearance on Saturday.

According to Chicago’s ABC7 news, Scott was arrested and charged with disorderly conduct, with police saying the rapper had tried to urge the crowd to ignore security and rush the stage. A video posted on Twitter shows footage of the alleged incident where the rapper can be heard chanting, “We want rage.”

The Office of Emergency Management issued a statement saying, "The performer played one song and then began telling fans to come over the barricades. Due to the security's quick response, the situation was remedied immediately and no fans were injured. The performer fled the scene and was taken into custody a short while later. "

This year’s Lollapalooza festival featured performances from Paul McCartney, The Weeknd and Alt-J on Friday. Saturday was headlined by Metallica with support from Sam Smith and Tame Impala. On Sunday Florence and the Machine will close the festivities.