Lone Wolf, The Devil And I Album Review

By Andrew Lockwood in Music Reviews on 25 June 2010

Lupin* lover who finds difficulty in perfecting the technique of playing the guitar standing up and then having to adopt a suitable musicians stance releases his first full length album under his adopted title of Lone Wolf. Paul Marshall follows up his 2007 release, 'Vultures' (put out under his birth name) with potent songs focusing, in the main, on love and death.

The London born Whitby raised Leeds dweller with the previous accolade of sounding a little like Nick Drake and the audacity, or where with all, to cover Fairytale Of New York has certainly honed his formidable song writing skills. The Devil & I is an album laden with references to the afterlife, the realities of death, murder, drowning and the tragedies of lost love.

'This Is War' opens up your musical macabre delight with a flawless song about a relationship meltdown. (Is it physical or chemical, I'm not sure) The song is set in two parts of equal merit. The first is a scene setter of brooding and foreboding, mapping out the characters for you with fantastic anecdotal recollections ..."I slaughtered her a cow and I'm a vegetarian" builds the picture as you get the authors resentment in waves...."I used my chemistry skills to bake her every pill she could swallow" The bubbling undercurrent breaks at 2m6sec to release the tension and trauma. In act two the keyboards, horns and thunderous drum beat combine to a climatic final chapter. 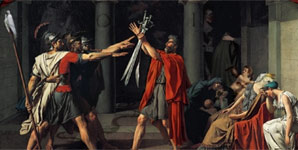 Continue reading: Lone Wolf, The Devil And I Album Review

Lone Wolf - Keep Your Eyes On The Road

Lone Wolf - better known to some as Paul Marshall - is set to release his debut single 'Keep Your Eyes On The Road' on April 26th through Bella Union. The new album 'The Devil & I' was recorded throughout July 09 in Sweden with Kristofer Jonson of Jeniferever and will be released on 17th May 2010.

Continue: Lone Wolf - Keep Your Eyes On The Road