'Name' opens Hall Music in a beautiful gentle delicacy that oozes with the lushness of Sigur Ros fused with the sensitive folk melodies of the likes of Bon Iver; goose bumps. In this opening track alone Loney Dear, otherwise known as Swedish singer-songwriter and multi-instrumentalist Emil Svanangen, sums up his entire latest album in a nutshell; utterly stunning. What's even better still, the following ten tracks refuse to falter from the high standard Svanangen sets out from the off.

'My Heart' has more of a pulse rather than the freer oozing, brooding melodies of the opening track; flanked by tentative beats and a wealth of chiming intertwining synths, Emil Svanangen's distinctive vocals sound amidst an eclectic yet sensitive, emotional blend, perhaps akin to Guillemots. 'Loney Blues' has more of a clear vocal melody sounded above a blend of drums, bass and synths. Throughout the tracks' melancholy, as blues naturally implies, the established delicate beauty never fades leaving the listener absorbed in a melancholic ballad that's strangely peaceful and entrancing. As its title perhaps suggests, 'Calm Down' then maintains this entrancing, peaceful blend through gently rippling guitars, drums and Svanangen's honest and clear vocals. The track the builds forward into a beautiful bluesy glockenspiel solo flanked by smooth, cinematic, vibrato-laden strings. 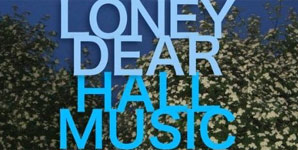 'Maria, Is That You' opens with a rapidly undulating scalic piano motive punctuated by gestures of double bass and delicate glimmers of glockenspiel over which the peaceful soaring vocals echo that makes such a busy piano motive sound tranquil. Throughout the track there are suggestions of other instruments; clarinet, flute, perhaps recorder and a gentle toy piano, again emphasising Loney Dear's experimentalism through the eclectic musical blend that's sounded. Quite the contrast to begin with, 'D Major' opens with delicately picked solo guitar underpinned by subtle sustained organ chords similar to something from Ben Howard's album. During the track, Svanangen sounds a higher pitched, more distinct, harsher toned vocal which brings another colour to the blend, again amongst suggestions of trumpet (synth trumpet?).

With string-flanked organ underpinned by a moving pizzicato bass line, 'Largo' opens in the vein of a classical orchestral piece that's drenched in sadness and moving harmonies. Brushed drums and delicate vocals then enter, coloured by flutters of delicate piano akin to those in Moby's 'Porcelain' maintaining the now characteristic sensitive melancholy of the album that's drenched in feeling. 'Young Hearts' again opens with an organ drone; the organ, used throughout Hall Music, has a natural air of sadness perhaps because of its roots in the church. This piece is another slow moving, emotion-drenched, heartfelt ballad that glimmers at times with resolute beauty sounding Loney Dear at his finest. Later, 'I Dreamed About You' opens with a thirty-something second instrumental introduction out of which yet another delicate ballad grows; harmonically simple, just delicately beautiful.

Hall Music is something undoubtedly special; a real treat. 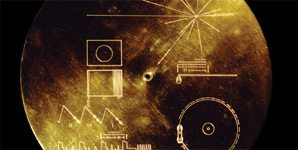 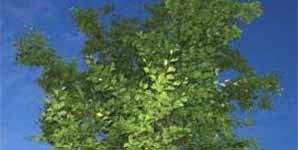 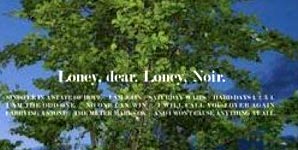 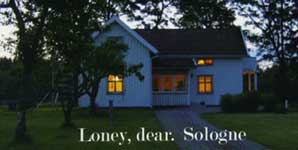