The 17 year-old singer/songwriter shared a photo of the photographer on Twitter and wrote, "I am scared of him." 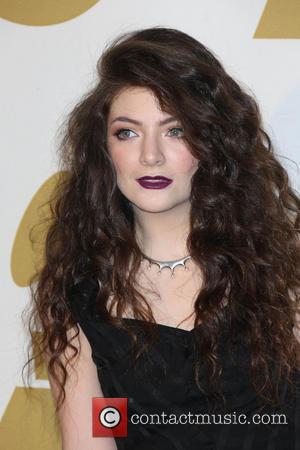 Lorde isn't a fan of the paparazzi.

The 17 year-old songstress took to social media to accuse a photographer of stalking her.

Lorde, who is the first New Zealand solo act to have a No.1 single in the US, identified the paparazzo as Simon Runting, who is native of her homeland.

"This man has been stalking me, photographing me and refusing me privacy. I am scared of him. He frequents central akl [Aukland]," she tweeted on Saturday (May 3rd).

The 'Royals' singer continued, "This should not be an accepted standard for young women or anyone in this industry."

Lorde also found the photographer on Facebook and posted the link to his profile, as well as a picture of Runting for all to see.

"I refuse to stay complicit and I refuse to stay passive about men systematically subjecting me to extreme fear," the Grammy-Award winner added. "I understand that this comes with the territory. I do not understand why I should be complacent."

Lorde isn't the only high-profile celebrity to comment on the work ethic of Mr. Runting.

Rihanna also had a few unpleasant comments to say when he photographed her standing on a hotel balcony with just a towel to preserve her modesty, when she was touring New Zealand last year.

The 'Diamond' singer posted one of these snaps on her Instagram page with the caption, "I hate these n-az more than the Nazi," a reference to Kanye's "Flashing Lights."

However, RiRi received a backlash from her fans for writing the inappropriate comment, with one writing, "you hate some people who snap a few photos more than people who killed six million," and another added, "When you're standing in the window in the view of people, don't blame paparazzi for doing their job. Quit being a brat."

MORE: Lorde's Parents Ordered Her To Take A Break From Work

In response to this, Rihanna quickly deleted the photograph. Lorde admits to being "scared" of photographer