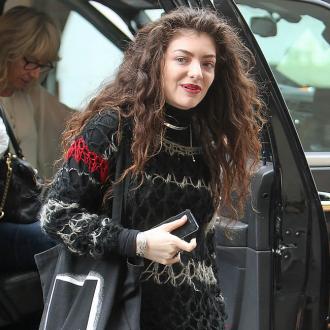 Lorde has recruited Grace Jones and Charli XCX for the next 'Hunger Games' soundtrack.

The 'Royals' hitmaker has been asked to handpick the artists who will feature on 'Hunger Games: Mockingjay, Part 1' and among those she has also approached are Duran Duran's Simon Le Bon and producer Diplo, the New York Post's Page Six column reports.

Lorde also sings 'Yellow Flicker Beat' on the soundtrack and revealed the song last week, admitting it was an attempt at ''getting inside'' lead character Katniss Everdeen, who is played by Jennifer Lawrence.

She wrote on Tumblr: ''It's my first offering from what I hope will be a soundtrack you love. It's my attempt at getting inside her head, Katniss'.''

And the 17-year-old star - who covered Tears for Fears' 'Everybody Wants to Rule the World' on the soundtrack for 'The Hunger Games: Catching Fire' - also revealed work on the compilation is almost finished.

She added: ''We are almost at the end, the point where this soundtrack gets taken away from me and becomes something real.

''I'm reminded of this day last year, when [debut album] 'Pure Heroine' came out in this country. The feeling of something very solitary that I had worked on spinning around and around further away from me, becoming someone else's, everyone's.''