Lorde To Perform At The Grammy Nominations Special Concert 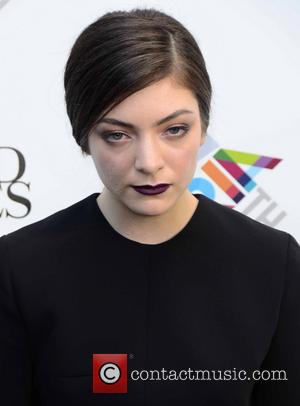 New Zealand born Lorde is having a breakout year in 2013 and it just keeps getting better and better.

The 17 year-old will perform at the Grammy Awards nominations special on Friday (Dec 6th) in Los Angeles.

The one-off show is been dubbed 'Grammy Nominations Concert Live - Countdown to Music's Biggest Night', and Lorde will have all eyes on her.

Ken Ehrlich, who produces the awards show, told the Associated Press, "This will be the greatest number of people to see her in one place at one time," in a phone interview on Tuesday (Dec 3rd).

Lorde emerged as a big time player on the music scene in the US when she released her debut album 'Pure Heroine'.It came out on September 30th which is the last day an artist can be considered for a Grammy.

The lead single off her debut set, 'Royals', was a huge success as it was No.1 on the Billboard Hot 100 chart for a total of nine weeks.

The 'Tennis Court' singer will be joined by hip-hop act Macklemore & Ryan Lewis, Robin Thicke and rapper T.I along with members of Earth, Wind & Fire to perform 'Blurred Lines'.

Country music star Keith Urban, also born in New Zealand, will take to the stage to sing Bill Withers' 'Ain't No Sunshine' with R&B star Miguel. Ehrlich stated, "This is really Keith Urban's idea," who was impressed with Miguel's performance at this year's Grammys.

LL Cool J will host the evenings activities which will broadcast on CBS at 10 p.m. Eastern.