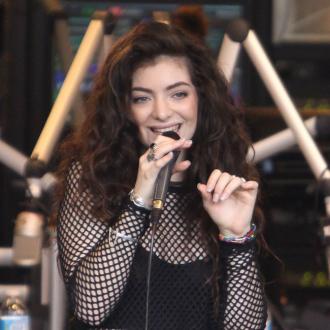 The 17-year-old singer, whose track 'Royals' hit number one in both the UK and America, has landed a contract with Songs Music Publishing.

President Ron Perry told Billboard: ''She's going to be a really big songwriter outside of Lorde. She's going to have a lot of big songs out there as Ella (Yellich O'Connor), she's a once-in-a-generation type artist.''

The record company is also said to be keen for the brunette star to collaborate with its other artists, including Diplo and The Weeknd, as well as writing songs for others.

Lorde is the first New Zealand singer to score a number one in the US and her track has been in the top spot for six weeks, while her album 'Pure Heroine' has spent five weeks in the top ten.

Lorde is also the youngest female chart-topper in the US in the past 25 years and her hit song is still in the top five in the UK.

Earlier this week, she performed at a birthday party for 'The Only Lovers Left Alive' actress Tilda Swinton, with guests including Karl Lagerfeld, David Bowie, Anna Wintour, Britain's Princess Eugenie and Sofia Coppola.

Lorde also recently unveiled a cover of Tears For Fears' 'Everybody Wants To Rule The World', which will feature on the forthcoming 'The Hunger Games: Catching Fire' soundtrack.