Lorde suffered a sartorial slip up while posing on the red carpet at the Met Museum's annual black tie extravaganza. 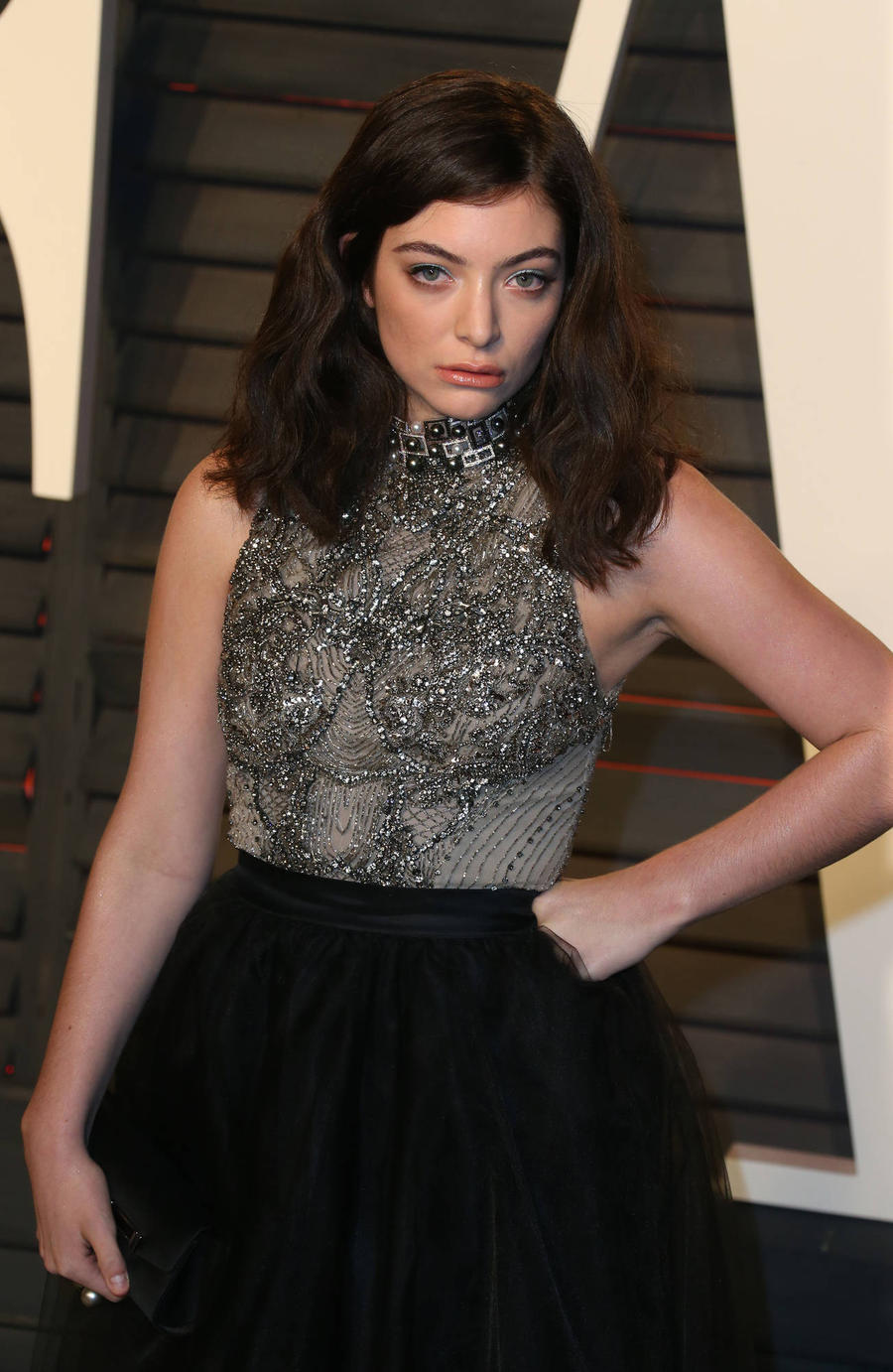 The New Zealand-born singer attended the Manus x MAChina: Fashion In An Age Of Technology Costume Institute Gala in New York on Monday night (02May16), wearing a tiered tulle confection, which boasted pastel pink, green and blue fabric, designed by Italian fashion house Valentino. However, the movement of the plunging neckline of her gown meant that the 19-year-old gave onlookers a little more than they bargained for - proving that a strip of fashion tape can be worth its weight in gold.

Still, the Magnets singer seemed completely unfazed by her baring moment and carried on along the carpet in her feminine frock, a departure from the black outfits she usually wears when on stage.

Also noticeable during the proceedings was a white plaster cast on Lorde's left forearm, the result of an apparent broken arm. She left fans to speculate about how she came to sustain the injury, with her usually active social media accounts not showing any activity for the past week.

The singer, 57, made sure she had all eyes on her - and her bottom - at the glitzy event, opting for a very sheer black lace Givenchy ensemble.

In contrast to the other stars who wore metallic accents paired with sleek, slick-backed hairstyles to tie in with the technology theme, Madonna instead teamed her looks with a pair of knee high boots and an intricate headpiece.

Joined by Givenchy creative director Riccardo Tisci, Madonna proudly posed for photographers with her hands on her hips and a big smile.

According to Vogue, the singer's provocative look was “inspired by the therapeutic kinesiology tape she wears for her fatigued muscles on tour.”