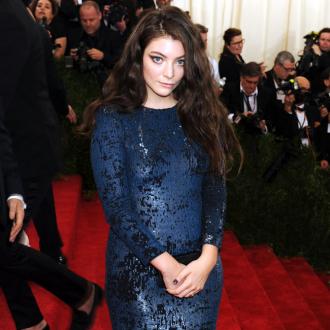 Lorde, Tom Waits and Kesha are set to judge the International Songwriting Competition.

The 18-year-old 'Royals' hitmaker along with the iconic singer/songwriter and 'Tik Tok' singer are among some of the many high profile artists who will feature on the panel, along with British band Bastille, Swedish DJ Avicii, R&B vocal group Boyz II Men, 77-year-old legend Bill Withers, 'Somewhere Only We Know' singers Keane, dance-hall rapper Sean Paul and Run D.M.C.'s Darryl McDaniels.

The annual contest, which first launched in 2002, encourages songwriters to create ''something truly meaningful'' by giving away more than $150,000 in cash and prizes to the 68 winners.

As well as performers, music industry executives will also have their say in judging across the 22 categories, with CEOs from Atlantic, Epic, Sony Music Latin, Warner Bros., and Concord Music Group set to appear alongside the artists on the panel.

The grand prize was won by Australian musician Vance Joy earlier this year thanks to his catchy tune 'Riptide', bagging him $25,000 in prize money and $30,000 in merchandise and services.

Other stars to have previously won in the contest - which is open to both professional and amateur songwriters - include Bastille, Gotye, Kimbra, Passenger, King Charles and Lindsey Sirling.