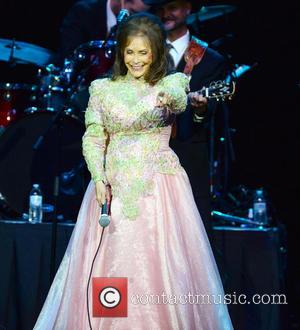 Country veteran Loretta Lynn has assured fans she is fine after suffering minor burns in a small house fire as she prepares to return to the stage on Friday (28Feb14).

The Coal Miner's Daughter icon, 81, hurt her hands as she tried to put out a blaze that had been sparked by an overturned candle at her Hurricane Mills, Tennessee ranch on Tuesday (25Feb14), but she is refusing to let the incident get in the way of her concert plans.

She took to her Twitter.com blog on Wednesday (26Feb14) to express her gratitude for their well wishes, writing, "Thanks to my sweet fans for worrying about me. The fire was small and no one was hurt. Love you".

Representatives from her management have confirmed Lynn will perform as scheduled in Greenville, Texas on Friday (28Feb14).

Meanwhile, Lynn has also signed up to headline the 2014 Johnny Cash Music Festival this August (14), alongside Reba MCEntire and Bobby Bare.