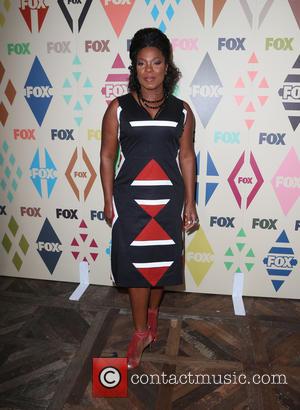 Robinson, who was played by Toussaint in the 2014 Oscar-nominated drama, passed away in hospital in Montgomery, Alabama, aged 104. She had suffered a stroke in July (15).

She was one of the organisers of the marches from Selma, Alabama to Montgomery with Martin Luther King, Jr. in 1965 to protest for voting rights for black people.

Robinson was beaten unconscious by state troopers during the first march on what would become known as Bloody Sunday. A black and white picture of her being held by a protester as she lay on the ground was used by media around the world, and the event was re-enacted in the movie.

Orange is the New Black actress Toussaint shared a picture of herself with Robinson on Twitter.com and writes, "I join the angels this day in a standing ovation for Ms. Amelia Boynton... Safe travels Ms. Amelia, I love you."

DuVernay also shared a picture and wrote, "The first character I added to my rewrite of SELMA was Amelia Boynton. You couldn't tell the story without her. She started the story... Amelia Boynton lived and worked and fought and bled for SELMA with her husband and comrades long before the town gained national attention... (she) invited Dr. King and the SCLC to Selma... A freedom fighter every American should know, respect, recognise. She has passed on today at the age of 104. God bless her...To those asking, yes, we showed SELMA to Amelia Boynton in her home before its release. She clapped + praised her portrayal by @LPToussaint."